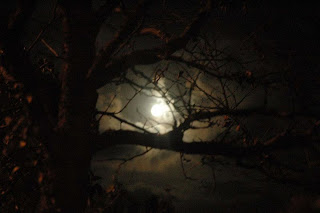 Whatever the name ghost lights have been around as long as man has stared into the fearsome darkness of night and declared, “There be dragons.” Mention of ghost lights conjures images of malevolent specters and headless railroad workers wandering the night in isolated rural settings. The truth is less dramatic, but it is still amazing.

Anomalous Light Phenomena, Also called Earth Lights, are puzzling occurrences studied world-wide by scientific and paranormal researchers. This loose-knit community drops names like Min-Min, Hessdalen, Devils Elbow, Brown Mountain, and of course, Marfa in conversation like they mention absent kin. These researchers have myriad technical names for the phenomena. I grew up with the term BOOGER LIGHT and still use it. Its more fun and much easier to say than some obscure Greek-based phrase.

What are these strange lights that haunt the night?

There are as many theories as there are investigators. Some explanations are mundane and insultingly dismissive. Most skirt the fringes of “accepted science.” Some cross that border entirely into the making of a good X-Files episode. For every paid scientist, a dozen “Lone Gunmen” outside even the fringe work without university offices and grants because they know, “The truth is out there...”

Ghost lights are by no means an exclusely Southern phenomena. They occur on every continent, including Antarctica. Whether an accident of geography, geology, or climate, the American South is blessed with abundance. Most Southerners have an active ghost light location within a couple of hours drive. Why not experience them for yourself? You could do worse.

Ghost light watching is a harmless source of outdoor recreation. The lights are a source of natural (some say supernatural) wonder. In this age of mass-terrorism, hyper-technology, and flowing electrons, the whole world demands instant explanation of even the most trivial political burp.

Turn off the TV. Forget about answers for a while. Enjoy watching nature’s own program.

Whether you believe they are ghosts, optical anomalies, or an accident of physics, the lights are real and they are out there. Countless witnesses have seen them. Why not get the family outdoors and join the fraternity.